Join Malia Mallory and Morticia Knight for A Spirit of Love and Chi-chi’s! 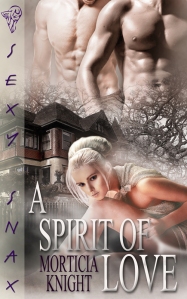 Today I’m welcoming Morticia Knight to the blog. She’s been kind enough to bring along not only a super spicy excerpt from her book, A Spirit of Love, but also a fun recipe for chi-chi’s! Please enjoy!

Hi Malia – thank you so much for letting me hi-jack your blog today! I have to say, I had an awesome Halloween, even though the scariest thing we did was watch horror movies. This year’s line-up included the original Psycho and Halloween 1 and 2. I tried to stay awake for the midnight showing of the silent film, Nosferatu (a must –have for the hubby), but I’ll confess we drank a few chi-chis, and I passed out. Stay tuned to the end of the excerpt, and I will give you my chi-chi recipe!

However, one of these Halloweens, I want to plan ahead and go to someplace that’s famously haunted – like a bed & breakfast or the Stanley Hotel (where Stephen King got his inspiration for The Shining), and try and capture EVP (ghost voices) or something eerie on film. I have had luck capturing some voices before when I went to a local historical cemetery, and when I worked at a location with strange occurrences – but it would be a blast to make a trip out of it! Is there anywhere you’ve ever been that’s famously haunted that you could recommend? Let me know!

My newest release from Total-E-Bound is an MMF ménage that centers around the relationship of three paranormal investigators who have a bit of a checkered past with one another. As they say – it’s complicated. The irony is that the three of them are perfect for one another in so many ways – if only they could get beyond all of those nasty feelings of guilt and betrayal. Will a decidedly kinky ghost help them out?

A Spirit of Love

Blurb: Two men and one ex-girlfriend. Can a lovelorn and kinky ghost help these three paranormal investigators find true love with each other?

Wait a minute. This is my fantasy and I can do whatever the hell I want. And I want to be included!

She switched the Rabbit back on. She let Martin continue to suck on Emilio’s cock, but this time she joined in. In her fantasy, they both knelt before the sultry Emilio and worshiped his prick, sharing it between them, their fingers on each other’s genitals at the same time. Emilio’s cock went in one, then the other’s mouth, or even sometimes they had their mouths on either side at the same time. Martin rubbed his fingers through her drenched folds while she grasped Martin’s dick and stroked it up and down.

She let her mind go free, and now she was sucking a walnut-sized nut sac into her mouth while Martin deep-throated Emilio. Emilio was pumping his cock into Martin’s mouth faster and faster, sometimes making him gag, and Martin was rubbing and flicking her clit with amazing agility and speed. She grasped the base of Martin’s cock just as Emilio squirted his release into Martin’s mouth, and Sophie yelled out her own orgasm loudly.

She pulled the vibrating toy from her pussy and shut it off. It had done the job, to a degree. Now that she’d released all of that pent-up frustrated energy, she was disgusted with herself. Throwing the newly purchased sex aid across the room, she couldn’t believe that she was coming to a fantasy of not only the guy who had cheated on her, but his current male lover as well. They were haunting her like one of the spirits she channelled for her clients.

Only these guys weren’t ghosts, they were very real. And very hard to exorcise.

Mix ½ cup colada mix, 1 ½ cups ice, and 1 shot of vodka into blender. Add 4 or 5 pineapple chunks and a tablespoon of coconut shreds. Blend for 10 – 15 seconds. Pour into a cool tall glass or coconut shaped mugs, and garnish with a maraschino cherry (that’s the nipple – *wink*) For you virgins: omit vodka, and add a scoop of vanilla frozen yogurt or ice cream instead – yum!

Comments on: "Join Malia Mallory and Morticia Knight for A Spirit of Love and Chi-chi’s!" (2) 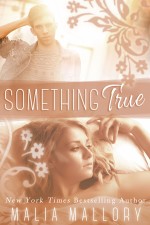 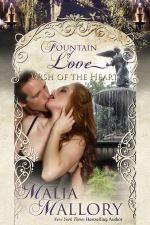 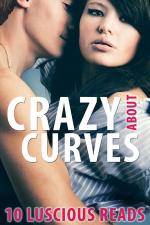